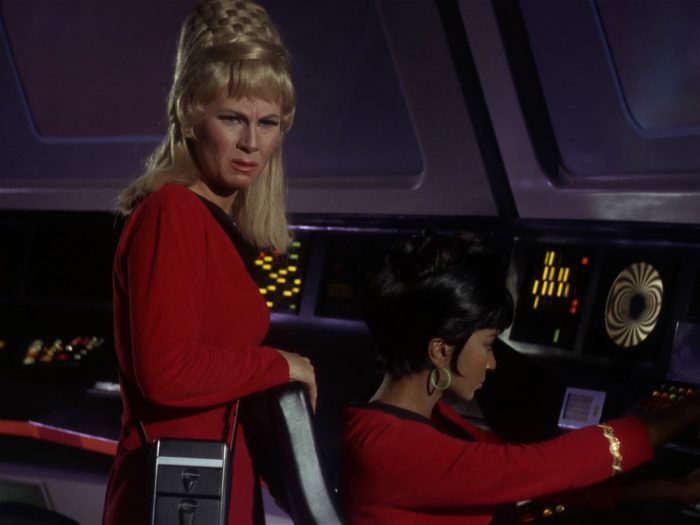 My kids are getting to the age where I thought it might be fun to start watching Star Trek: TOS together. Seeing as it’s on Netflix, I figured I would screen an episode or two myself just to confirm it would be appropriate. It has been a good number of years since I have watched anything from that series, and I have learned the hard way that it is a good idea to know what kinds of questions my kids might ask before they start asking them.

About fifteen minutes into “The Man Trap”, I had my answer, and was ready to turn it off. A bunch of wink-wink nudge-nudge innuendo about Dr. McCoy’s ex-girlfriend? Check. Various crew members leering at Lt. Uhura? Check. Every second male on the Enterprise casually joking about getting in Yeoman Rand’s pants? Check.

Nonetheless, this kind of stuff kind of wrecks the show for me now, even if I weren’t thinking about watching it with the kids.